Portrait Sonore creates podcast documentaries rich in content and sound textures. These portraits are immersive and dynamic: interviews, archive pictures and original music inspired by what is actually seen on site.

These "pocket documentaries" highlight areas of the city marked by modernization, as well as bold yet little-known buildings and works, showing the relationship between what has been built and the values ​​it expresses and the concerns it translates.

The key to quality urban development is knowledge

This is what we believe at Portrait Sonore, an independent non-profit organization that seeks to bridge the gap between those who think and create the city, and those who live there. For a long time, the architect Sophie Mankowski wanted to revitalize people’s point of view on their built heritage by bringing them on site while using mobile technologies. In 2010, she met Antoine Bédard, musician and sound designer, and Serge Rhéaume, graphic designer, and they have worked together towards this goal ever since.

The main aim of the podcast-documentaries on major Canadian cities is to contribute to the emergence of a pan-modern architectural awareness among the general public and give more visibility to bold, innovative, and yet largely unrecognized works.

The works selected in each city include significant post-World War II buildings, witnesses to the architectural effervescence of the 1950s through the 1970s, and buildings that marked the development of Canadian downtowns.

Experts and designers who have been chosen for each walk show us in a lively manner the modernity of the often ill-appreciated landscapes. They also communicate their ability to think about and imagine the future. Through their stories, it is the tale of a modern country that is told, a one where art, architecture, and design take a prominent place. 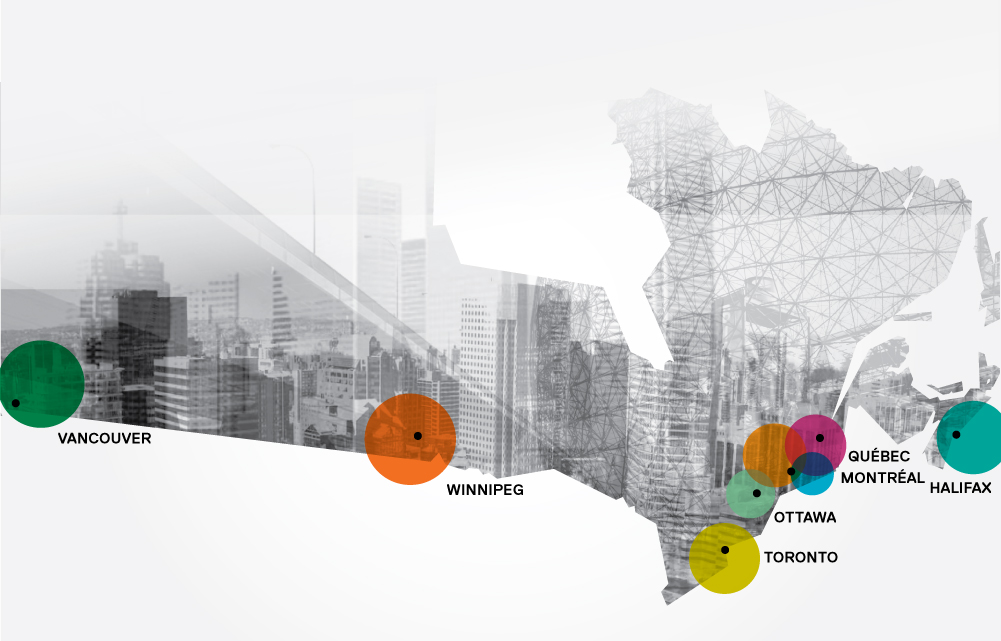